Can a future ban on gas-powered cars work? An economist explains

California's proposition to halt the sale of gasoline-powered engines may be extreme. But could it work?

The U.S. transportation sector is one of the largest contributors of carbon dioxide, the potent driver of climate change.

Transportation accounts for about 28% of total U.S. greenhouse gas emissions and, since 1990, emissions in this sector have increased more than in any other area.

Reducing greenhouse gas emissions by encouraging the use of electric vehicles promises to be an effective strategy to address climate change. That’s because the electric grid is powered by diverse sources, including an increasing amount of renewable energy such as wind and solar.

But with more than 270 million motor vehicles registered in the U.S. and a long tradition of powering cars and trucks with fossil fuels, how will it be possible to make this switch?

On Sept. 23, California Gov. Gavin Newsom announced that after 2035, sales of gas-powered vehicles would be banned in California, a state where more than 50% of greenhouse emissions are generated by transportation. This ban includes gas-electric hybrid vehicles and, more generally, any vehicle with tailpipe emissions.

The governor’s executive order leaves a lot of unanswered questions. Will the proposed ban so far into the future have teeth? What will it actually accomplish if it becomes policy? Can it set the tone for the rest of the country and open the floodgates to a green transportation future? 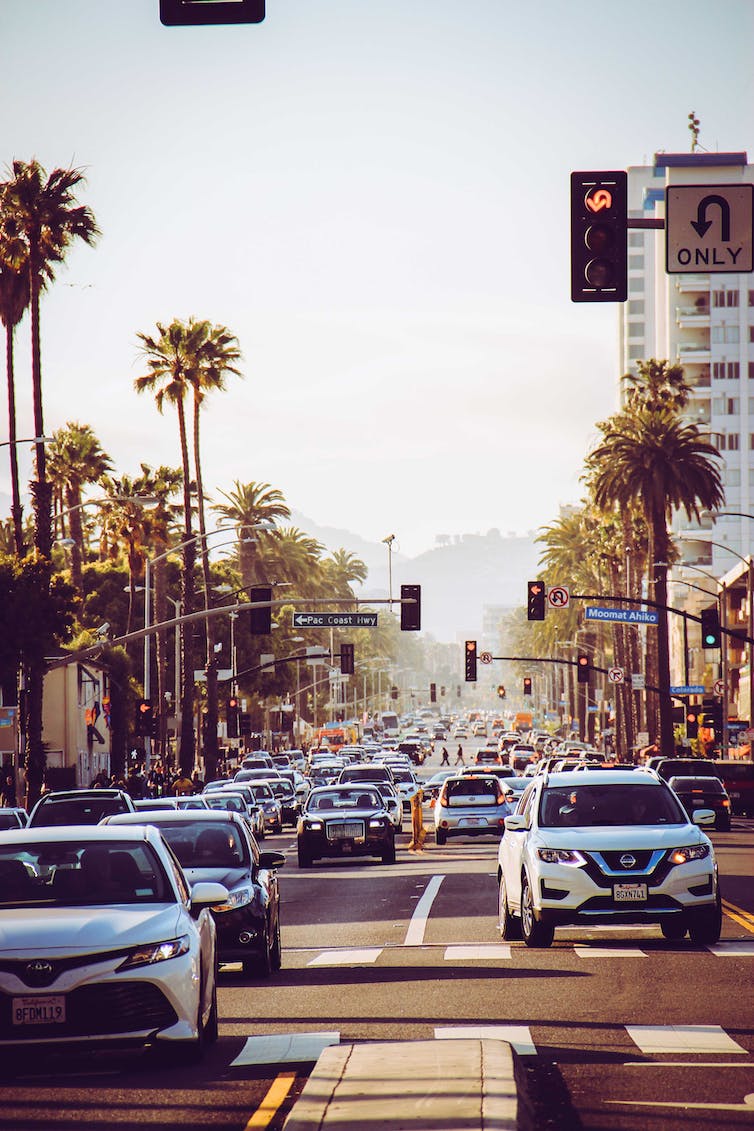 In 2018, electric vehicles comprised nearly 2% of the U.S. market and nearly 8% in California. A ban on the sale of gas-powered cars in California could pave the way for an expansion of electric vehicle purchases and kick into high gear electric vehicle manufacturing and construction of charging stations. Yet this ban, intended to signal and spark decisive change, entails a certain amount of risk.

The implied ‘or else’ of a ban

A politician like Gavin Newsom may use a ban as a strategy because it sounds radical and harsh and implies or creates an ultimatum. By appearing to be tough on polluters, Newsom’s strategy may appeal to voters, particularly in environmentally conscious California.

In the case of climate change, a ban can be useful because, unlike a carbon tax, a ban at a future date doesn’t impose clear costs on consumers today. And, unlike subsidies designed to encourage the use of electric vehicles, bans don’t rely on federal support and, in that way, can be seen as fiscally conservative.

While measures like bans are not supported generally by economists, new research demonstrates that under some circumstances, a ban may make economic sense. For instance, one ban that has generally worked is on the sale and distribution of chlorofluorocarbons (CFCs) in the United States.

In this case, the circumstances depend on the extent to which electric vehicles can replace and are good substitutes for gas-powered vehicles.

If electric vehicles were perfect substitutes for conventional vehicles – the same price and offering equal or better performance – then the market would drive the creation of a nearly fully electric vehicle fleet. It would not be necessary for governments to put a policy into place to prompt people to buy and drive electric vehicles. 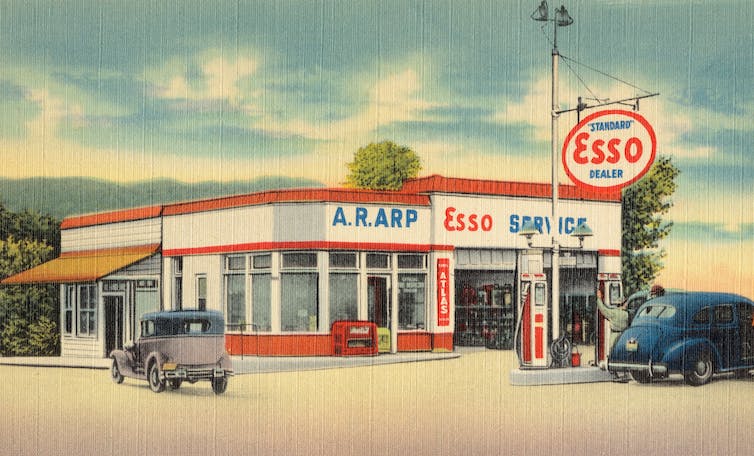 To a policymaker interested in combating climate change, effective regulatory measures may include putting a price on carbon emissions – rather than enacting a ban – to encourage the market to move toward a future of all-electric vehicles. A carbon tax, which sets a price that emitters must pay for each ton of greenhouse gases they emit, would push the market toward electric vehicles. Currently, 25 countries around the world have a national carbon tax, including Canada, South Africa and Sweden. Emitters want to reduce their emissions to avoid paying the tax. California has a program that caps carbon emissions that similarly raises the cost of emissions.

That said, a carbon tax may be hard to implement in the U.S. because of voter resistance to paying more taxes; voters paying little attention to the benefits of a carbon tax, such as refunds for not emitting a lot; and the existence of a well-organized and -funded opposition. The next best option, then, may be to use a ban rather than a tax.

Impediments to an EV future

With improvements in battery technology in the past decade, electric vehicles are becoming better substitutes for conventional vehicles. 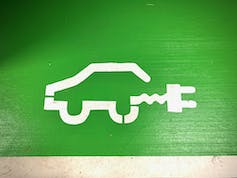 Electric cars depend on charging stations. Are there enough? Photo by Ralph Hutter on Unsplash, CC BY-ND

With more charging stations in place, auto manufacturers may find that it makes good business sense to shift more of their research and development to electric vehicle production. With less “range anxiety” over the distance between charging stations, consumers may be more likely to make the electric vehicle purchase decisions that policymakers would like them to make.

Moving away from fossil fuels to electricity may require a radical and risky action like a ban. While not ideal or necessarily even the first best policy instrument to achieve this objective, bans can be powerful change agents for consumers and the private sector.